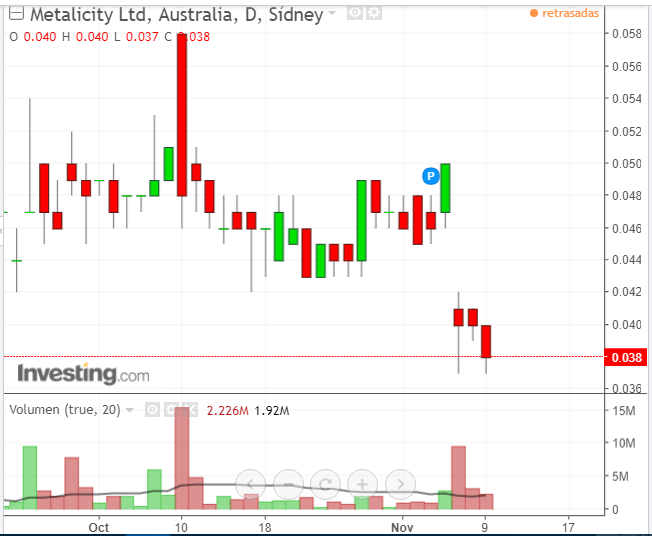 Is this why Galaxy Resources Limited shares are going gangbusters?
James Mickleboro | May 17, 2018 | More on: GXY KDR ORE PLS


One of the best performers on the local market on Thursday has been the Galaxy Resources Limited (ASX: GXY) share price.

In afternoon trade the lithium miner’s shares are up 7.5% to $3.35. This means Galaxy’s shares have now climbed over 45% since this time last year.

Why are its shares on fire today?

With no news out of Galaxy, today’s significant move higher is a bit of a mystery.

However, there has been a positive development in the industry this morning that could potentially be a catalyst.

That was of course Kidman Resources Ltd (ASX: KDR) signing an offtake agreement with Tesla, Inc to supply lithium hydroxide. Kidman and Tesla have signed a three-year fixed-price take-or-pay basis agreement, with the latter having two options to extend the agreement by a further three years.

Another potential catalyst could be a delayed reaction to global lithium giant Albemarle’s recent quarterly update.

As many readers will be aware, there has been a lot of talk about the lithium price collapsing as supply increases.

The good news for Galaxy and peers such as Kidman, Orocobre Limited (ASX: ORE), and Pilbara Minerals Ltd (ASX: PLS), is that Albemarle recently reported a lift in prices.

According to its quarterly results release, Albemarle saw lithium prices realised increase 14% in its first quarter thanks to growing demand.

In addition to this, on Tuesday Reuters reported that leading lithium miner Sociedad Quimica Y Minera has caught the eye of China’s Tianqi Lithium.

Tianqi Lithium is rumoured to be nearing a deal to buy a 24% stake in the Chilean company for US$4.3 billion, which was a 22% premium when announced.

And finally, another reason for today’s strong gain could be a good old fashioned short squeeze. At the last count, Galaxy was the fourth most shorted share on the ASX with 14.7% of its shares held short.

This positive news flow could have led to short sellers rushing to buy shares to close positions, driving the share price higher.

I think Galaxy is one of the best options in the resources sector and could prove to be a good long-term investment option. However, it is an extremely volatile industry with wild swings occurring almost daily. This certainly makes it a high risk investment option and one that may be unsuitable to the average investor.

You've seen the lithium boom and the electric vehicle boom... but have you seen this next major investment boom?

The Rocket Fuel of the AI Boom

One of the world's richest people is sounding the alarm on what could be a trillion-dollar technology.

Everyone is talking about the artificial intelligence revolution.

Harvard Business Review calls it, "the most important general-purpose technology of our era."

One Google Insider predicts AI, "will be as transformative as the discovery of electricity." And it already is transforming industry after industry.

After all we have been hearing about AI for years...but it never really lived up to the hype...so what's finally unlocked this huge tidal wave of innovation?